Does Coolsculpting Work For Weight Loss 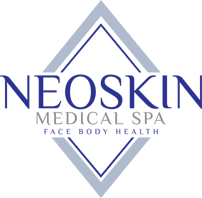 Does Coolsculpting Work For Weight Loss

Does Coolsculpting Really Work? Everything You Need To Know

Many folks today work in a sedentary position in their careers, which can often lead to weight gain and accumulating unwanted fat. There comes a point in time when they will decide to lose excess fat and resculpt their bodies. Many folks will immediately go in the direction of change in diet and exercising.

Unfortunately, despite following a healthy diet and workout plan, certain areas may hold on to excess fat, such as the abdomen area. For this area, one of the best options for getting rid of the unwanted fat and sculpting the body is coolsculpting. Non-invasive treatments like cool sculpting promise a perfect body without even breaking the skin. Coolsculpting was approved by the Food and Drug Administration (FDA) in 2010. If you are considering undergoing this procedure, one question you might be having is “Does coolsculpting work?”

Who does Coolsculpting work for?

Coolsculpting is designed to help eliminate extra fat that may be difficult to shed with diet and exercise alone. Coolsculpting is perfect for those who have an event coming up where they want to have a slimmer, more sculpted figure, such as a wedding, fitness competition, or a beach vacation.

Coolsculpting is proven safe and effective for reducing body fat in most people. Your coolsculpting provider will conduct a thorough evaluation during the consultation process in order to declare if you are a good candidate for the treatment.

Coolsculpting is a preferred fat reduction technique because of the following benefits:

You can drive yourself home after the treatment and resume regular activities.

How does coolsculpting work?

In coolsculpting, a practitioner places an applicator onto the target area. It works by freezing fat below the surface. The procedure targets problem areas such as the chin, thighs, abdomen, bra and back areas, underneath the buttocks, and upper arms.

A 2009 study looked at the clinical effectiveness of cryolipolysis. Researchers found that the procedure can reduce fat in the treated area by as much as 25 percent. The results were still present 6 months after the treatment. In coolsculpting, frozen, dead fat cells are excreted out of the body through the liver after several weeks of treatment. Full results of fat loss will be revealed within 3 months.

Coolsculpting also works by reducing the appearance of cellulite on the legs, buttocks, and arms. The procedure also helps reduce excess fat underneath the chin. Cryolipolysis works by exposing targeted tissue to cold temperatures thereby freezing fat cells. The frozen fat cells are picked up by the body’s immune system to be expelled from the body. Further studies show that cryolipolysis can reduce anywhere from 18 to 25% of an area of fat.

Coolsculpting is most effective when done by an experienced doctor. You can look forward to getting indefinite results after the treatment. The procedure kills off fat cells giving you an assurance that they are permanently gone. However, if you gain weight after coolsculpting, fats may come back in the treated area or areas.

Coolsculpting is guaranteed safe when done properly. A 2015 review of 19 studies on coolsculpting published in Plastic and Reconstructive Surgery revealed that the coolsculpting helps reduce fat with limited side effects such as minimal swelling/pain.

However, for the procedure to be effective, you need to really be serious in shedding off those excess pounds. If you’re overweight and undergo coolsculpting to freeze away fat cells and don’t change your unhealthy habits, there will still be excess calories and unwanted fat.

Ensuring that coolsculpting is safe requires a little research on your part. First, you need to make sure that the physician who will perform the procedure is using a real device. How do you differentiate the real one from the copycat? The real coolsculpting device should include a technology that moderates temperature to maintain an appropriate level to help reduce the risk of side effects.

Another way to ensure the safety of the procedure is to ensure that your technician is using a legit device. To do this, search for the name of the office or provider who will perform the service on the coolsculpting website. Furthermore, it is highly recommended to have the procedure performed at a reputable establishment.

More information is available at https://www.neoskincenter.com/coolsculpting

Does Halo Laser Work? Everything You Need To Know

Halo Laser works wonderfully to improve the appearance of your skin and it is effective for all ages, skin types, and complexions. Using motion-tracking technology,

EMSculpt NEO: What You Need to Know About The Latest Body Contouring Solution

EMSCULPT NEO is the first non-invasive body-contouring treatment that combines two procedures into a single treatment. Launched in fall 2020 this FDA-cleared device combines both

What Are Dermal Fillers (And What They Can Do For You)? 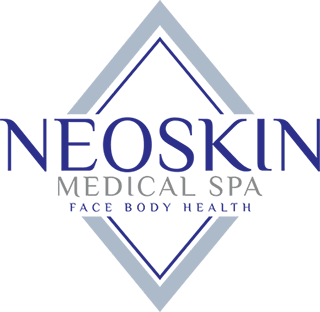